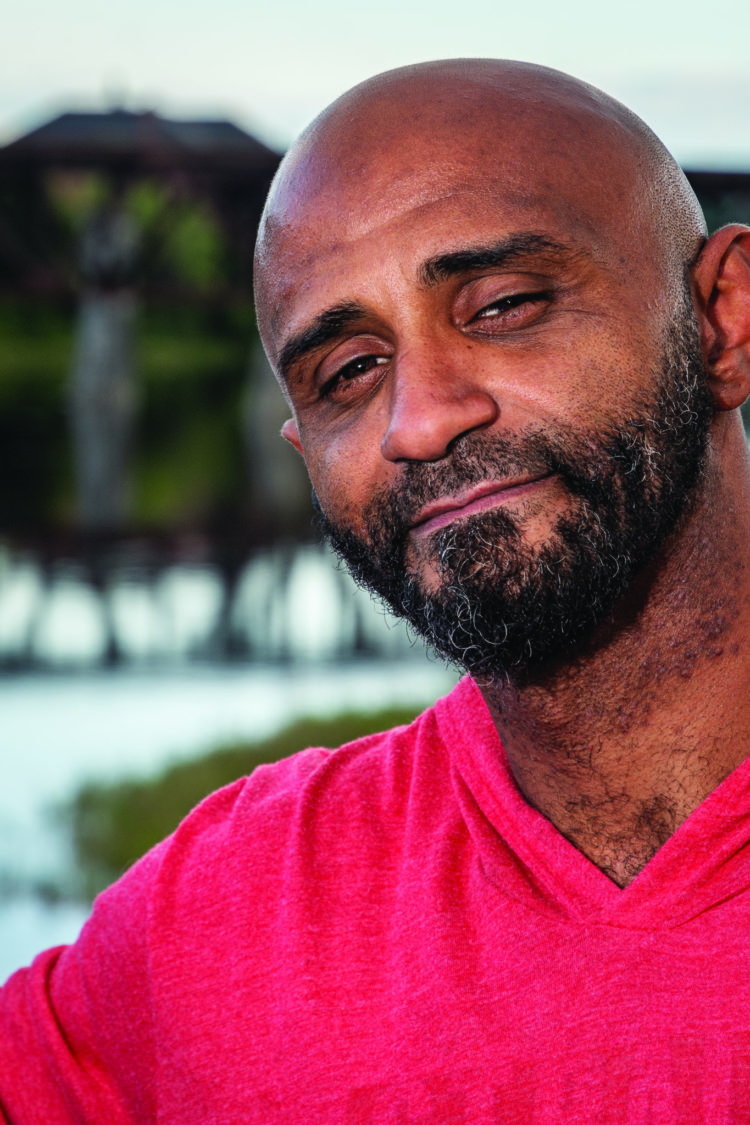 His parents, both addicts, were never really in his life, and he was raised by his grandparents instead.

“I had no identity, just pain,” he says.

Growing up, Marshall tried to find his identity through a life of crime.

Some of his friends also had parents who struggled with drug addictions, and they hated it.

“I hated the system. I hated addicts. I hated drug dealers. I hated everybody. And I had no control growing up,” Marshall says. “So we robbed drug dealers. We thought we were doing it for a righteous reason, right? No, it was just fueled by hate.”

He suffered trauma from his family and society, and figured he would do “everything and anything I could do to break the law, to just get back at the system that let me down.”

He began using drugs himself only later in life, after trying to cope with the loss of one of his best friends.

He once had a warrant out for his arrest and was scared to think of what he had done in his “drugged-out, blacked-out state.”

He thought it was something crazy so he left town for four years.

It turned out he had stolen hot dogs from a convenience store.

At 33, someone introduced him to heroin and told him he had to try it first before he could sell it.

“By the time I was 34, I had overdosed and ‘died’ several times,” says Marshall… He soon found himself in prison.

There, he found his identity and a pathway to recovery

When he arrived, he met someone who was about to serve a five-year prison sentence, yet was smiling.

When the man pulled out a Bible, Marshall thought, Here we go. It took a month of regular hounding for Marshall to finally allow the man to read some of it to him. Six months after that first encounter, Marshall was hosting Bible studies in his own room. He began to study the Bible on his own, and when he was released from prison, things were going well. But then he struggled to find work, and soon became “a full-blown addict” once again.

After spending a second stint in jail, Marshall started reading the Bible again.

At a Bible study group he began attending, he discovered a Christian discipleship program with a providential name: Arise.

“Arise was a structured place where you couldn’t take medication, couldn’t take anything,” he says. “It was just the Bible, and that was the only way to protect me from being on the street with another substance.”

After nine months in the program, Marshall left with a new identity.

Learning that he was forgiven allowed him to forgive himself, he says.

“I started to get released from so much, not just drugs. It was more than that for me. “All of a sudden I started seeing broken people that were like me, [people] that I knew had a chance to be fixed because I discovered love, and love brought me back to life.”

Marshall says he was able to stop “blaming everything, every system” and begin to help others despite all of the “atrocities” he experienced in his life.

Having previously been expelled from every school he’ ever attended, he is now in his third year of college.

“I had to learn how to use the computer in the middle of the pandemic while in college for the first time,” he says. “I was on the honor roll that year.”

He was able to find a job working at the Maine Recovery Advocacy Project and spent much of his time volunteering and speaking about recovery.

“[I take] every chance I get to spread the love of Jesus or recovery,” says Marshall.

“I get to go out into the world and I get to help [people] out of their darkness and show them the places where they can get help. And whether I get paid for it or not, whether it’s a volunteer or not, my soul gets paid.”

Marshall doesn’t identify himself as an addict.

“I identify myself as a student in recovery,” he says. “As a student I remain teachable in all pathways to recovery… It’s my job as the gatekeeper to show [people] whatever their path to recovery is.”