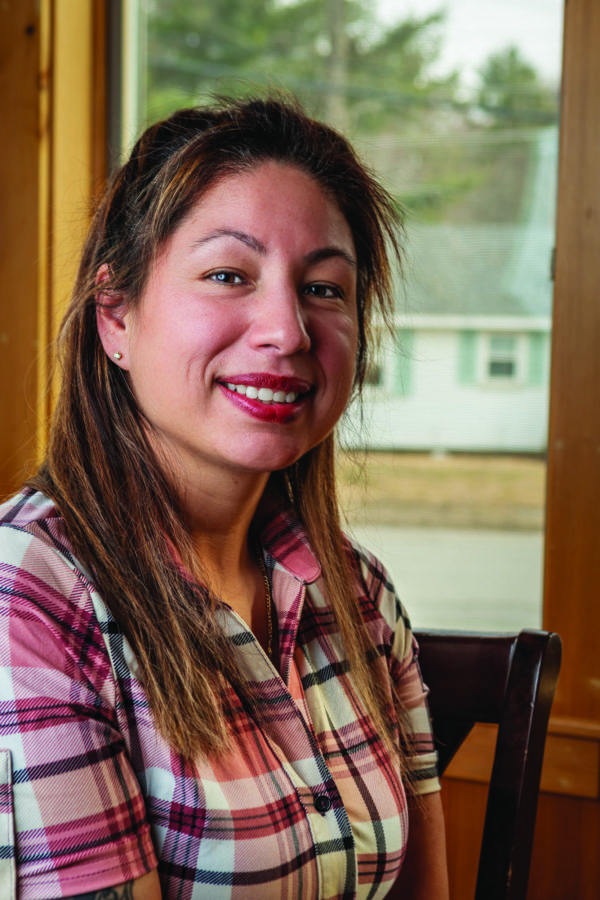 Melody Rose Paul’s habit of blackout drinking resulted in many nights in jail cells, but her long, winding struggle with addiction reached a turning point when she found herself alone in prison.

“I started to realize… [that] my life path was going in the wrong direction,” Melody, 40, says.

Her substance abuse began with prescription medicine after having her son. For years, Melody would swap pills with her then partner or others she met in town. In 2012, Melody was forced to attend rehab or lose her son. She went, but it didn’t quite work.

“I lied that I had a sponsor [so they’d graduate me],” she says. “I was still having trouble but I didn’t know what to do.”

Melody remained sober for a while, but suffered from depression and anxiety during that time. She eventually left her relationship with her son’s father to be with her current partner, Charlie.

“I thought he was in recovery but he wasn’t,” she says about Charlie. “I didn’t know that he was secretly using.”

Soon, Melody was also using substances daily, including heroin for the first time. Even after witnessing Charlie overdose, she somehow became more involved in heroin use. She pawned everything that she could in order to fuel her addiction. She was living in what she calls “the Zombie Zone.”

“I would do illegal things to get my drink or drug,” she says. “I just wouldn’t care who I hurt. It’s like I was soulless.”

In her mind, Melody was “helping” Charlie’s sister when she got her some substances she had asked for. Charlie’s sister died from an overdose that day. Her and Charlie’s grief didn’t stop them from buying some of the very same drugs that had killed her.

“You get so desperate and just so sick that the reality is not there,” Melody says.

She and Charlie were both arrested for trafficking drugs. The arrest actually helped her “clear her mind,” and in prison she began the process of healing from her “self-sabotage.”

“Every day when you’re incarcerated, it’s like a solid reminder of the mistakes.”

During her year-long sentence, Melody attended Bible study and a 12-step program, worked toward her GED, and found a love for writing. She penned a book about her life in eight months.

When she was released, Melody developed new healthy habits. Although she says she has always been introverted, she started to really enjoy going to recovery meetings. Today, she surrounds herself with friends who are more like family and who keep her accountable.

Now, Melody is a published author, works full-time and facilitates a weekly Wellbriety meeting for others on the road to recovery.

For those interested in learning more about the meetings Melody runs, visit the Bangor Area Recovery Network’s website, bangorrecovery.org.

Also, check out her book—Savaged to Wellness available on Amazon.